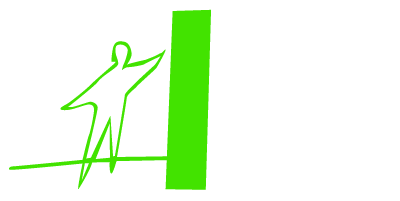 — Artist associated with the CCN¹

Affirming the place and representation of women in the artistic world is a daily endeavour for the CCNO. Beneficiary beginning this year of the “associated artist” initiative, the CCNO has resolved to further affirm this commitment by entering into a three-year partnership with choreographer Nina Santes. Public events, performances and creative residencies initiated by and with Nina Santes will impact, shake up, pervade, and embody the work of the Centre chorégraphique.

Atelier after work, with Olivier Normand, vocal coach and consultant for Nina Santes’ A Leaf.

A Leaf by Nina Santes and Célia Gondol

Nina Santes
Nina Santes made her stage debut as a marionettist. Since 2008 she has collaborated as a performer with Mylène Benoit, Myriam Gourﬁnk, Catherine Contour, Pascal Rambert, Kevin Jean, Olivier Normand, Laurence Pagès, Hélène Cathala, Perrine Valli, Éléonore Didier, Philippe Grandrieux, Herman Diephuis, Emmanuel Eggermont…
She is the author of choreographic and musical works, including Désastre (2012) in collaboration with the composer Kasper Toeplitz, Transmorphonema, a duet with the choreographer Daniel Linehan (Vif du Sujet SACD 2014), and Self made man (2015). In March 2016, she premiered the duet A leaf, in collaboration with Célia Gondol, recreated for the Avignon Festival in 2019.
In 2018, she premiered Hymen Hymne, a choreographic and musical creation for 5 performers. The same year, she received the SACD New Choreographic Talent Prize. In 2020, she created République Zombie, a new work for three performers, and for the Athens MIR Festival a sound and choreographic performance for the voice of a child and a group of traditional singers, CLOSE. She was an associate artist at the Atelier de Paris CDCN from 2019 to 2021.
Nina Santes’ artistic approach is deeply transdisciplinary. From which emerges a choreographic language interlacing movement with diverse disciplines, including speech, song, music, and relationships with materials and objects. Her projects are conceived as alternative spaces opening the possibility of transformative experience – of emotion and ideas, shifting the way we see and perceive.
Employing immersive mechanisms for the audience, Nina Santes explores the relationship between the individual and their environment, between moments of work and contemplation, between the experience of reality and the outpouring of the ﬁctional. Nina Santesʼ artistic approach is particularly attentive to the concept of potentiality – of body, individual, or group – and is rooted in a philosophy of autodidacticism. Learning by doing, de-hierarchizing and exchanging knowledge and practices, building new forms of individual and collective power.